Since 2007, DIAKRIT has hosted an annual football tournament where DIAKRIT’s most enthusiastic football players all gather during a whole day to compete for the prestigious title.

Already a few weeks before the event we could sense the atmosphere in the office. This year we had 6 teams with different levels of experience, all with a winning spirit who were looking forward to a day of fun!

The teams and the supporters met at 9am in the morning to kick off the first round of games. During the matches there was always an engaged commentator to give the game some extra excitement. The teams also had their supporters cheering them on during the games.

The final took place in the afternoon between the Digital Visualization department’s day shift & night shift teams. It seems that this department has many football talents!

It was quite an exciting final that ended up in 0-0 leading to the victory being decided by penalties. The night shift team came out of the penalties as the final winner. Their goal keeper Pongsakorn Chaison was voted the Most Valuable Player of the tournament. We took the opportunity to talk to him to see if he could share some of his winning secrets.

First of all, I want to thank everyone who helped organizing this activity. I am really happy that we have a chance to have this tournament every year and get a lot of support. I'm really excited and happy to be the champion! I wasn't expecting to be the MVP of the tournament.

How much have you practiced beforehand?

Actually I've been playing football for a long time, since I was 12 years old. I played for my school and then my university & I also played for the Airforce team.

What do you think makes you such a good goal keeper?

I have liked football since I was a kid. I watched how the goalie saved the ball on TV and it amazed me. A goalie is something most people don’t want to be but I found it to be something challenging and very important in the game to be able to keep opponents from scoring.

We heard that your brother Weerasak scored the most goals in the tournament, where does the soccer talent come from?

I think it was due to the great teamwork where everyone helped and was able to focus on the game. Though there were some mistakes, we cheered up one another. My brother has also been playing football for a long time, with his experience and skills he was able to make a lot of goals. We have played together before so it helped the team work feeling.

Thank you Pongsakorn, we are already looking forward to next years' tournament! 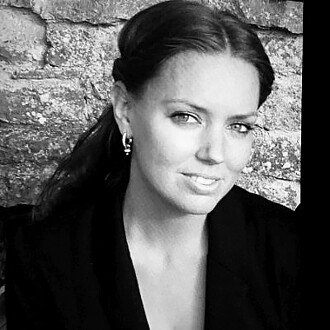 Could this be you?

Connect with us to stay up to date on new openings.

Let’s recruit together and find your next colleague.